Dentistry is often a dreaded experience that everyone faces sooner or later. Finding non-toxic, or less toxic, substitutes for the products normally used is just a small start. There are countless additional pieces of information and life style changes that will increase safety and perhaps protect health. 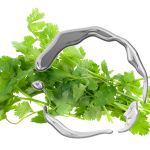 Many people today suffer from what is often broadly referred to as “heavy metal toxicity.”  The most common source of toxicity is mercury from dental fillings. When the so-called “silver” fillings are put in the teeth, they are roughly 49-53% mercury.  The filling is an amalgam that contains some silver and other metals as well as what is for some people a lethal amount of mercury. Read more

The studies of tamarind on fluoride were definitely promising. Plants sometimes have a great affinity for certain elements. I have been trying to find words for this kind of “philia” but they are mouthfuls, like hydrargyrumphilic or hydrargyrumphobic or fluoridophilic (or phobic) but the fact that one plant might have measurably more fluoride than another does not mean that  Read more 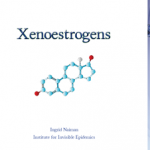 Chemicals that mimic natural estrogens are generally from synthetic contaminants such as plastics, PVC materials, pesticides, petroleum products, and certain pharmaceuticals. To this, we can add growth hormone additives that are ingested through consumption of non-organic animal products, birth control pills, and perhaps some phytoestrogenic botanicals though this is more controversial. Read more